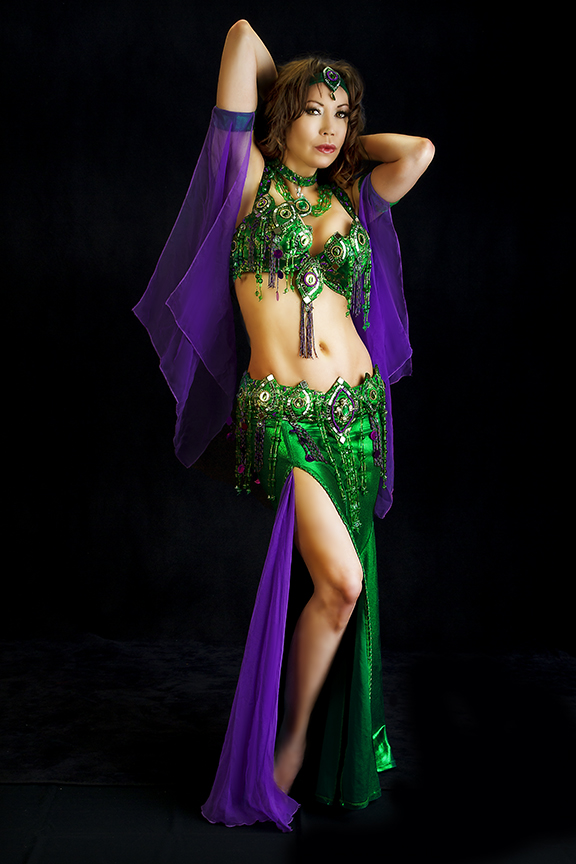 Nabila is an energetic and engaging performer and is one of NYC’s most highly trained and accomplished Oriental-style dancers on the scene today. She has performed in a wide array of venues, large and small, high- and low-brow, and in settings from the ridiculous to the sublime, however the one thing that gives Nabila satisfaction and pride is bringing joyous, emotionally engaging dance performances to live audiences.

Born into a Northern-California atmosphere filled with music, art, and bodywork, Nabila has been surrounded by physicality and performers of all types her entire life. Virtually never left with a babysitter, going wherever her parents wanted to go, she found herself present at many kinds of shows from infancy on, from ballet to belly dance to burlesque shows. Nabila began formal training at the age of 10, studying classical dance at the Redding Dance Centre in Redding, California under the direction of Debi Larsen.

After deciding early on to pursue dance as a vocation, Nabila augmented her ballet studies with modern and tap dance, and began teaching children’s classes at the studio the age of 16. After high school, she wanted to move to NYC to further pursue a career as a performer and artist; She auditioned for and was accepted into New York University’s BFA program in Dance at Tisch School of the Arts. Some of her teachers at NYU included Lawrence Rhodes, Cherylyn Lavagnino, Rachel List, Linda Tarnay, Milton Myers, Martha Partridge, and Kay Cummings among many others. Improvisation, acting, and theater dance have found their way into Nabila’s experience as well.

After graduation Nabila began studying Middle Eastern dance with the late Serena Wilson and has since studied with the major teaching luminaries of NYC including Azza Amon, Ranya Renee, Anahid Sofian, Dalia Carella, and Elena Lentini. When not performing, Nabila enjoys ongoing study in classes and workshops, and considers regular classes to be the main component of any dancer’s life, regardless of the style. She has been a regular practitioner of Bikram yoga since 2012, and finds it to be an invaluable component for the physical conditioning necessary for performing as well as for general health maintenance and mental fitness. 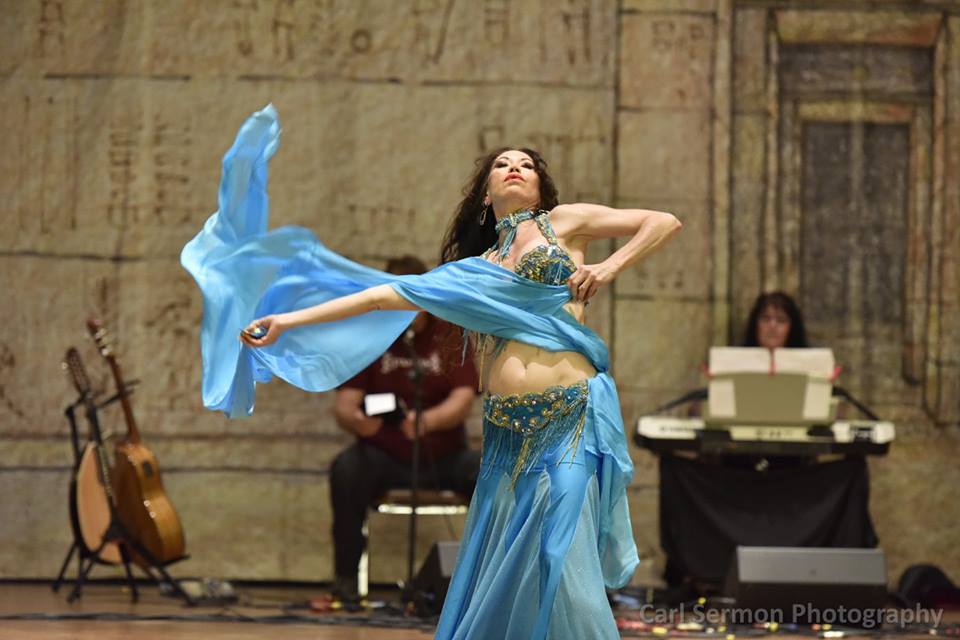 Nabila has taught Middle Eastern Dance off and on in the NYC area both as a regular instructor and as a guest. With a firm foundation in both Western and Middle Eastern Dance techniques and with a solid base of musicality, she has an unusually broad foundation of knowledge and experience to draw upon as a teacher and performer. Nabila has been a guest instructor at the American College Dance Festival at Hofstra University where she has had the opportunity to teach Middle Eastern Dance workshops to dance majors from throughout the Northeast. She holds a group fitness certification from AFAA, and has privately coached non-dance-trained professional performers as well, in general movement coordination and dance skills.

Nabila utilizes her movement expertise in a personal training capacity in which dance and music play a large part. It is a thrill to introduce students and clients to a deeper communicative relationship with their bodies and to expand their movement capacities and physical confidence.

“Movement and physical expression, in any mode and done for any reason–artistic, therapeutic, or recreational–is part and parcel of who we are as humans, and anyone, regardless of their condition or state of being, enjoys and benefits from it … that anyone includes you, and it’s true whether you are the observer or the participant.” – Nabila