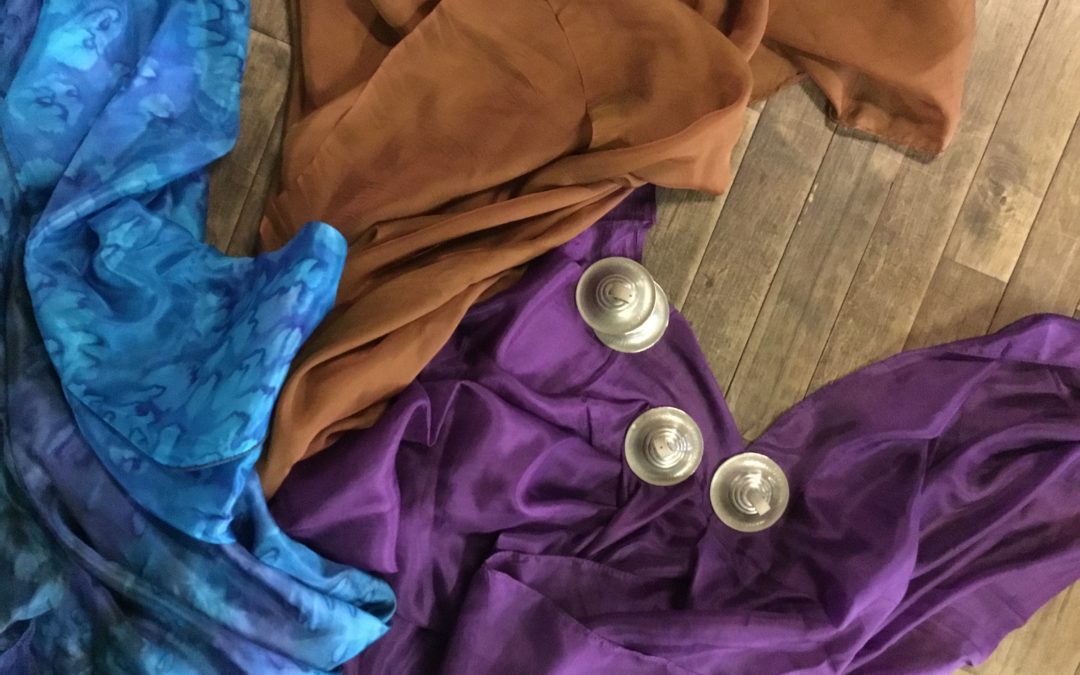 It’s no secret that Middle Eastern Dance is a beginner-friendly dance form, and that is one of the many reasons why it enjoys such popularity, as both a performing art as well as a form of low-impact exercise. Western dance forms like ballet, modern, or jazz can be intimidating for the beginner, and they have a reputation—fair or not—for being exclusively for the young, thin, athletic, and flexible. Middle Eastern Dance’s image is a lot more welcoming for many, and the generally less formal class structure makes it a bit less formidable as well for a novice.

What makes Belly Dance attractive as a beginner activity is the fact that the step vocabulary is—relative to ballet, for example—much more simplistic and achievable, and much closer in nature to everyday, natural movements. Within a relatively short time, a student can gain enough training and confidence to really enjoy taking class, and can learn enough basic steps to improvise on the open dance floor with everyone else at their studio’s hafla very quickly.

“Okay, then”, you may ask me …“if it’s so simple, and so achievable so quickly, why are you still involved in it, still studying and taking classes? Aren’t you bored? Don’t you know everything there is to know, and aren’t you ready to move on?”

Aha! I’ve got you! The answer is that by the time a beginner student has learned the rudimentary steps, they’ve also been exposed to the things that may very well keep them hooked and in love with this beautiful art form for the rest of their lives. Once involved, folks find that there is a lot more to it than first meets the eye; sometimes misconceptions are shattered, and genuine curiosity takes its place. The very simplicity of the steps is the aspect that makes the dance form so widespread, so diverse, so unique to each region of origin, and makes possible such dramatic variations in style. The student learns that a hip drop isn’t just a hip drop … it may only take a short time to grasp the basic movement mechanics, we find that there are a hundred ways to do the same step, plus one more: the unique way they do it themselves. As styles become more distinct from one another, the nuances become more and more apparent, and the ability to execute the steps with different dynamics and in different directions becomes an ever-fascinating journey.

Perhaps a student steps into a Belly Dance class because “it’s not a real dance class,” and they don’t want to do something particularly strenuous or demanding. But after a few weeks or months, they find that with consistent class attendance, they’ve gained more skill than they thought possible with their beginner’s step vocabulary, and voila! … a new confidence emerges, as well as a willingness to try new things and gradually step beyond their comfort zone … “Wow, I really can learn to dance, if I am patient and apply myself. With my mind, my body, and my effort, I can create something beautiful and interesting,” Of course, some things are harder than they look, and some things do take time, but the satisfaction of being able to learn some basic steps so quickly frequently serves as the fuel to tackle things that might have seemed like too much work earlier. When effort pays off, dance becomes an inherently gratifying thing to do; it becomes gratifying because it feels good to do something well, and it feels good to practice something you know will get better because you’re already enjoying the result you know you’re going to get as a result of your practice in the present. Wow! Both immediate pleasure and delayed gratification!

The music, too, is one of the chief reasons why one’s love for Belly Dance grows and grows over time. At first it may seem silly when the teacher only uses Middle Eastern music, which sounds strange and unfamiliar, but then one day, boom! … there is the realization that the music is the reason for the dance, and to separate them would be out of the question. Then come further revelations: of the way two dancers’ interpretation of the same song can both be breathtaking, but so different; a particular dancer’s improvisation with a live band during which they merge with the music; the day when a taqsim reveals itself as something stunning, heartfelt, and unique, not aimless noodling around. New instruments, sounds, textures, and rhythms start to make sense. It’s thrilling when finger cymbals, once clumsy and basic, become fun and exciting with consistent practice!

At first, the dance form might look pretty much the same no matter who does it, and the culture from which it comes seems like one big pool of people. However, as time goes on, the different cultures emerge as distinct from one another. They think, “How did I not know about Oum Kultoum before this?” Inta Omri and Mevlana have become a favorite ear worms.

Of course this same phenomenon is true for most areas of study, once you get into it—for every one new thing discovered, ten more new things come forward as well. Middle Eastern Dance is truly a Pandora’s Box of an art. There is always something new to discover, and I hope you spend many happy hours finding new delights.